It is, with heavy hearts, that Minchinhampton Cricket Club is saddened to inform you that our beloved Chairman, Mike Waring, passed away earlier this week, surrounded by his family, aged 68.

Mike held the role of Chairman and groundsman at Minchinhampton CC for over 20 years and has become synonymous with all things cricket in Minchinhampton. A dedicated, loyal and passionate cricketing man, he has been instrumental in establishing Minch CC as a well-structured, successful and family friendly cricket club, with a strong membership and a vibrant youth system. In Mike’s time at the helm, he saw the club’s 1st XI solidify a regular Gloucestershire County League presence, introduce a new 2nd XI to the Stroud District league, achieved multiple league and cup successes, drastically enhanced the club’s facilities and cultivated an ever flourishing youth system. Mike’s passion for the game extended beyond Minchinhampton CC; often volunteering with other local cricketing and sporting administrations, including running youth leagues and district sides for the Stroud District Cricket Association.  He was also involved with the wider administration of sport in Minchinhampton as a part of the Minchinhampton Sports Association.  Mike was an avid supporter and spectator of the game too, following the county side of Gloucestershire all his life and regularly enjoying a day out at a summer Test match.

As a former player, youth organiser, captain, team manager, secretary, groundsman and Chair of the club, there is very little that Mike had not turned his hand to in his time at Minchinhampton CC.  Latterly, on match days, he was often found running the bar in the pavilion, sometimes helping his wife Andrea with teas, and on occasion he even just sat, watched and enjoyed the cricket!

In his playing time, Mike was known as decent right arm medium bowler, who, in Minch cricket lore, always offered to ‘bowl up the hill’. His last playing performance came some 18 years ago in a Sunday fixture versus The Commoners.  He signed off with a bang!  Mike taking 3 wickets before retiring injured from his spell.  As a regular number 11, it was perhaps apt that in his last game he was allowed to open the batting.  He got off the mark with a big straight 6, only to push for a quick single next ball and promptly retire injured… again! With his two sons, Alex and Jaime, also in the side with him for his final game, it was fitting that he should hang up the boots in such a memorable manner!

He leaves behind him a legacy that will be hard to eclipse and one that all involved in Minchinhampton Cricket Club are forever grateful for. 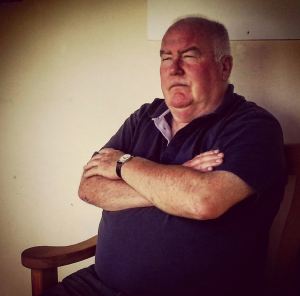 Just so you know... Minchinhampton Cricket Club has full public liability insurance cover as required by the English Cricket Board and GCL and SDCA. We do not however have personal liability cover and members of all ages should, if necessary, make their own arrangements. A reminder to all; you use our equipment and facilities outside of official match and training sessions at your own risk.
Loading Comments...